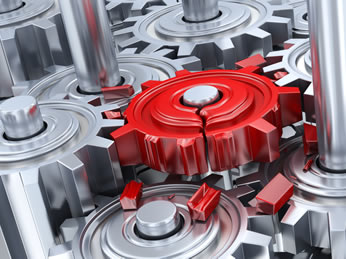 Forensic Engineering is the science of applying appropriate methods and techniques to investigate the cause of a failure in a system. Our years of experience in gear, geartrain and mechanical power transmission systems design, development and test affords us the ability to apply that expertise to sleuth out ‘what happened’. In many cases we have been able to not only identify the root cause of a failure, be it catastrophic or just the need to extend the life of an existing system, but also to develop a plan for controlled obsolescence and replacement system development.

As typical with ‘old’ equipment, service parts become harder to obtain every passing year. We were presented with a gearbox that had run satisfactorily for over 40 years, and in that time both the drawings and the expertise of the people who originally designed the gearbox, had been lost. When the call came in we were told that the end-user had the failed gear and that our client (the original manufacturer) only needed a drawing to tell them what to make such that they could manufacture and provide a replacement gear. However, when we open the shipping container with the original ‘gear’, what we found was no less than 30 pieces of what may have been a gear at one time. It was obvious that trying to figure out what the original gear design was would be at best a guess based on the extent of the damage. Given that one gear can not suffer the extent damage evidenced by this piece without similar and significant damage to its mate, we requested and received the other gear in the train. From that we could determine what the gear was before it was destroyed and thus could engineer the first gear we were tasked to develop. We also worked with our client to determine the duty cycle their customer was placing on the machine and found that there was a significant increase in the back-driving torque loads, and it was likely that these new loads were the root cause of the failure. With a reasonable picture of the original gear geometry, a fairly complete understanding of the failure mode, and finally an accurate assessment of the duty cycle and applied torque loads, we developed a completely new gear design that would still fit into the existing housing and machine frame and generated the appropriate drawings, specifications and material and heat treatment requirements. Once our work was complete, our client had both gears manufactured and placed back in service, and the system has been running fine for a number of years. 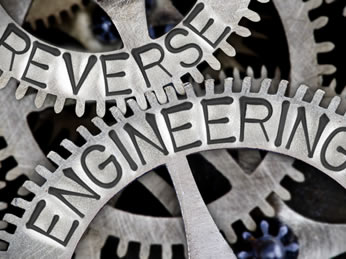 One example of our expertise and effectiveness in this area relates to a long standing client with facilities all over the world that has a single-rail people mover that efficiently and quietly moves people through a park-like setting from one destination to another. The drive system for this tram made use of an axle assembly that was first designed in the early 40’s. The drive car of the tram used multiple of these axles after extensive modification to fit within the geometric envelope of the tram body. These requirements were coupled to an additional set of constraints in that all the stations that the tram stopped in to let guests on and off were fixed and the body of the tram had to come to rest within a very small gap to the platform. The main objective of the project was to develop an entirely new tram system to replace the existing tram, etc. The requirements of this project were three-fold in that there no replacement axles available and the last reserve axle had just been placed into service, thus a quick-fix had to be developed in case any more axles failed before a new system could be delivered. We were also tasked with developing an obsolescence plan that would phase out the existing trams on a facility-by-facility basis, and finally to design an entirely new drivetrain that fit within the constraints imposed by the facility infrastructure. Within the 18 months we were allotted to complete all three project phases we managed to complete all relevant tasks ahead of schedule, and under the budget set for our portion of the complete project. We are proud to say that the systems we designed and supported are very successfully moving guests quickly and smoothly throughout all the client’s facilities. 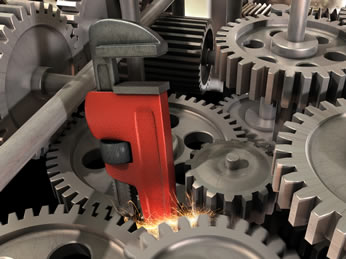